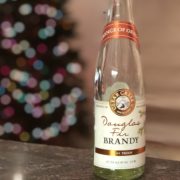 This cocktail is tricky to balance…I’ve tweaked it to just the way I like it, but feel free to adjust the brandy, syrup and lime elements to make it perfect for yourself, or check out the original recipe here to see how it was first conceived.

The liqueur in this is very special indeed. It’s Douglas Fir Eau de Vie from Portland’s Clear Creek Distillery and it might be meant to drink neat, but I love it in this exotic variation on the gin sour. 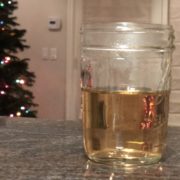 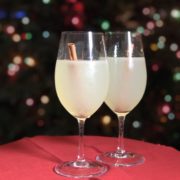 Put a glass in the freezer….I like a port glass to concentrate the nose but if you really use it for port it may be a bit tainted. Nick & Nora or similar will work fine.

Combine all ingredients except grated cinnamon in a shaker with ice and shake thoroughly.